About Cast The First Stone

Seventy-five inmates from Angola Prison and Louisiana Correctional Institution for Women, come together to perform the largest prison production of The Passion Play ever. 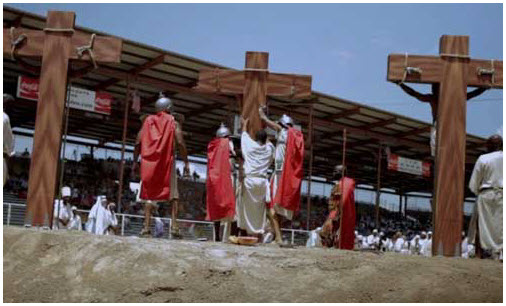 Down a long and lonely road, our story unfolds in one of the oldest and largest prisons in the US. The prison is set along the banks of the Mississippi River on land that has witnessed as much pain and misery as anywhere. First a Native American burial ground, then a slave plantation, a breeding ground for slaves up to the Civil War and a home to prisoners ever since; Angola Prison is a world unto itself.

In May of 2012, seventy-five inmates at Angola Prison and Louisiana Correctional Institution for Women (LCIW) came together to put on the performance of their lives. Over the course of three days, before an audience of a thousand free people, these inmate actors performed the Passion of Christ in perhaps the largest theatrical event ever staged in a prison. 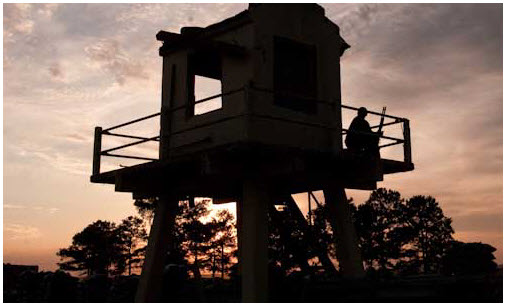 CAST THE FIRST STONE is a 93 minute documentary based on the most popular story in history as performed by men and women for whom it is perhaps most relevant. The film cuts between the daily lives of the inmates with scenes from the play that are performed throughout the prison. It is an intimate and searing portrait of redemption told in real time, and as much an insight into the life of the incarcerated as it is a chance to deepen ones understanding of Christ’s teachings. From the Baptism of Christ to his Crucifixion and Resurrection, the film covers the main scenes of Christ’s life as narrated by the Disciple Luke.

Scenes from The Passion Play are staged in locations throughout the 18,000-acre prison. The Baptism scene takes place in Lake Killarney, Judas receives his 30 pieces of silver in an abandoned prison building, Jesus’ final walk is intercut with images from the execution chamber, the miracles are performed in prison dorms and the resurrection takes place in the prison cemetery.

The women bring emotion and intimacy and with it a greater sense of authenticity.  Serey Kung, a Cambodian Baptist plays the role of Young Mary and shares with us her shame for an abortion she had at age 14. Patricia Williams, the Mother Mary, compares the pain of watching Jesus on the cross with nightmares she has of her own son, serving in the military and coming back from Iraq in a body bag. Sandra Starr, as Mary Magdalene, knows of the lengths one will go for love as she is serving life for the murder of her abusive boyfriend.

The actors, whose own experience mimics the characters they are playing, help us experience these biblical characters in ways rarely felt before.

Leading the effort is prisoner, Gary Tyler, who in 1974 at age 16 was the youngest person in America on death row. With 40 years behind bars, four on death row and six more in solitary, his wisdom guides the ship and assures its success.