PAST EVENTS FOR CAST THE FIRST STONE – THE MOVIE

Please see the past events for CAST THE FIRST STONE is a 93 minute documentary based on the most popular story in history as performed by men and women for whom it is perhaps most relevant.

Film Background:
Down a long and lonely road, our story unfolds in one of the oldest and largest prisons in the US. The prison is set along the banks of the Mississippi River on land that has witnessed as much pain and misery as anywhere. First a Native American burial ground, then a slave plantation, a breeding ground for slaves up to the Civil War and a home to prisoners ever since; Angola Prison is a world unto itself.
In May of 2012, seventy-five inmates at Angola Prison and Louisiana Correctional Institution for Women (LCIW) came together to put on the performance of their lives. Over the course of three days, before an audience of a thousand free people, these inmate actors performed the Passion of Christ in perhaps the largest theatrical event ever staged in a prison. 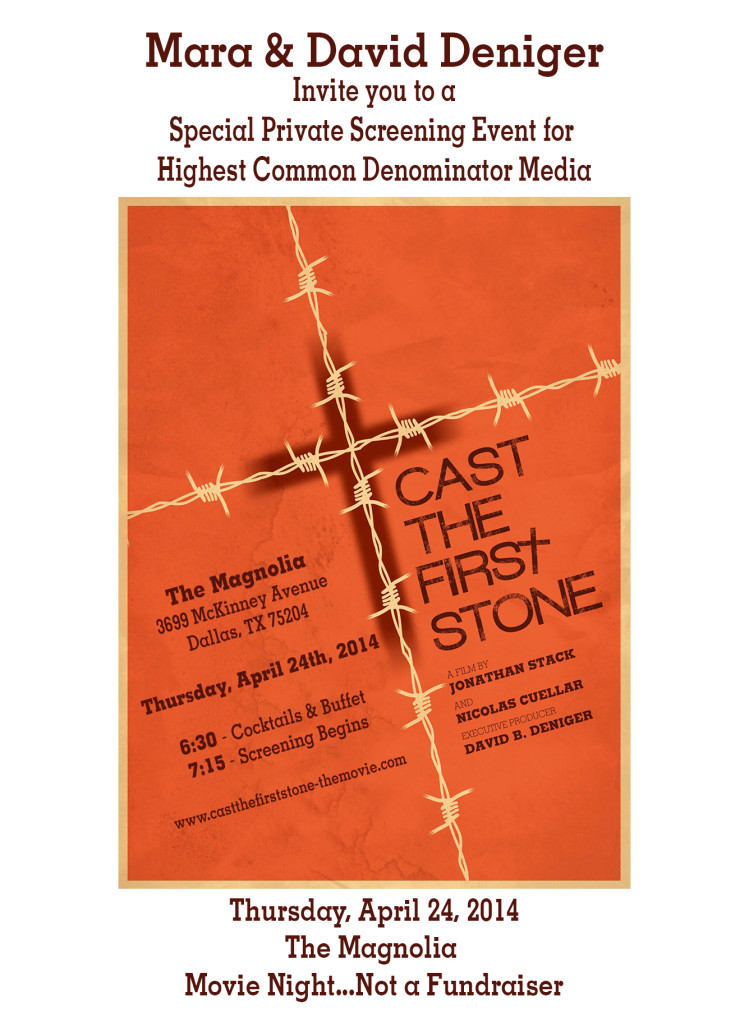 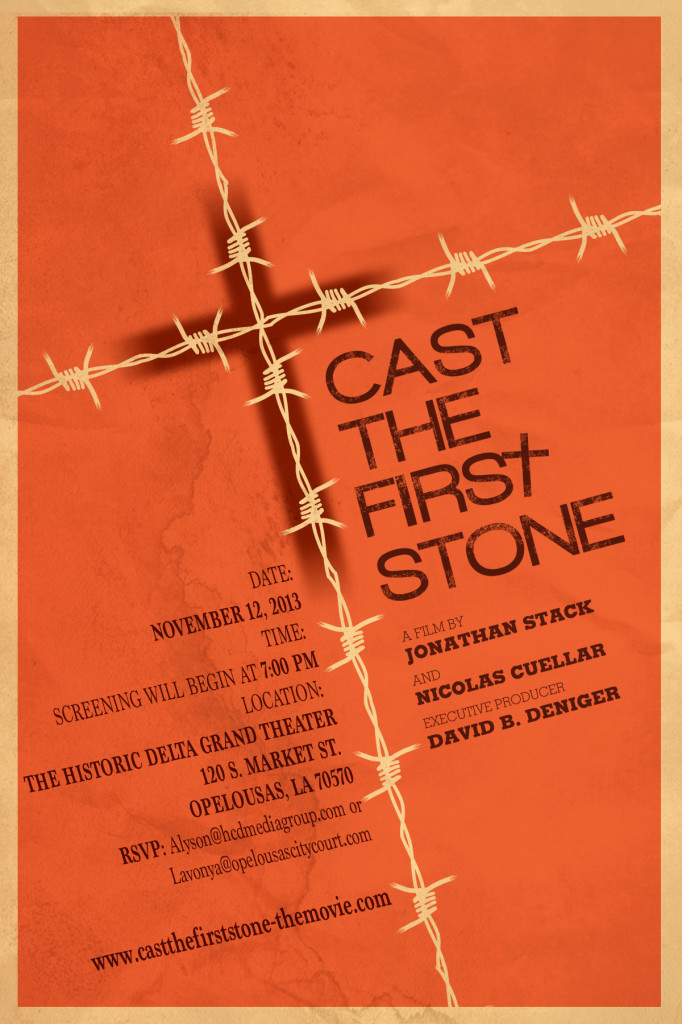