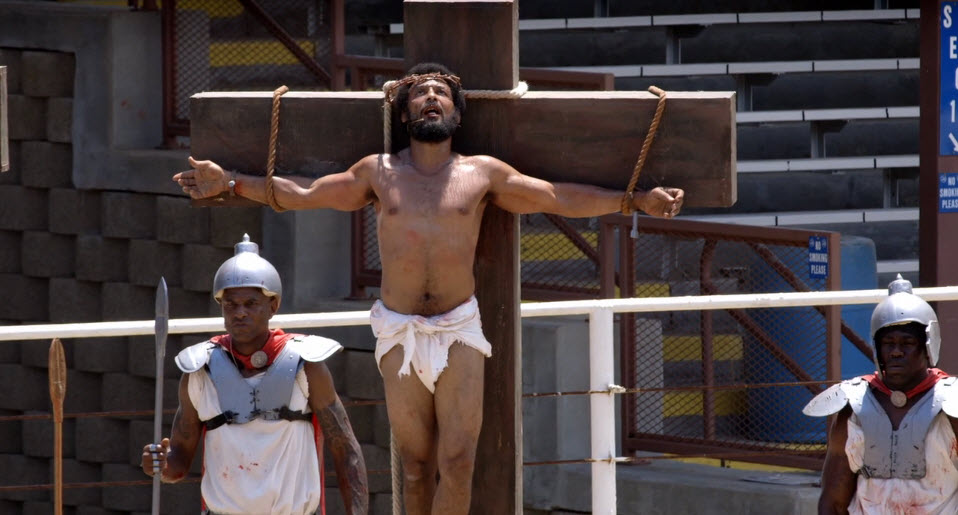 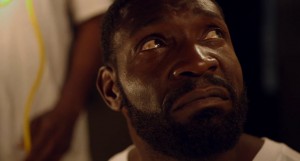 Down a long and lonely road, our story unfolds in one of the oldest and largest prisons in the US. The prison is set along the banks of the Mississippi River on land that has witnessed as much pain and misery as anywhere. First a Native American burial ground, then a slave plantation, a breeding ground for slaves up to the Civil War and a home to prisoners ever since; Angola Prison is a world unto itself. Welcome to the filming of Cast The First Stone.

In May of 2012, seventy-five inmates at Angola Prison and Louisiana Correctional Institution for Women (LCIW) came together to put on the performance of their lives. Over the course of three days, before an audience of a thousand free people, these inmate actors performed the Passion of Christ in perhaps the largest theatrical event ever staged in a prison.

The women, in shackles, traveled 100 miles every day by bus. The men were cast from among the 6,000 plus for whom this prison is home. They are made up of murderers and robbers, thieves and prostitutes, and no doubt a few wrongly convicted. Most are serving life sentences, all are serving hard time and few have reason to believe they will never truly be free.

Our ‘stars’ are the downtrodden, society’s rejects; the very men and women to whom Christ would have preached. The actor/inmate’s stories and Christ’s story weave together to tell the most powerful tale of redemption and forgiveness ever written. Their personal journeys provide a brightly illuminated mirror for all people, regardless of faith, race or religion.

It took two years of daily rehearsals to pull off this feat, a long time by theater standards, but not by the standards of Angola. In this prison, once considered the bloodiest in the US, the average sentence is 93 years. Since taking the helm, in 1995, Warden Burl Cain has made it his mission to bring light to Angola and hope to its inhabitants. Rather than torture and torment, he chose moral rehabilitation to guide his administration.

In the spirit with which Warden Cain runs Angola, he permitted the female roles to be played by women from LCIW. For the actors and actresses, it was the first time in decades that they had been permitted to spend time with members of the opposite sex. The energy generated in this rare encounter contributed to the intensity of the performances.

Amongst this extraordinary group of men and women are Christians and Muslims, believers and agnostics, those of deep faith and those with none at all. Yet, regardless of their background, the wisdom in the teachings served to guide each of them on their own personal path of redemption.

The burden of sin weighs heavy in our film, but the teachings of our story are as powerful today as they were 2,000 years ago: serve to enlighten and inspire people everywhere. In a place with little hope of freedom, where 95% of the men who enter the gates perish, the story of a man who sacrifices his life to save the wretched of the Earth resonates deeply.