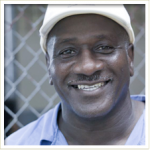 Gary Tyler, the director, and self-proclaimed spiritual man, not a religious person, has been the head of Angola’s Drama Club. Gary knows the world of incarceration very well. When he entered Angola in 1974 at age 16, he was the youngest person in America sentenced to death row.